The answer to ARE YOU TOXIC most certainly is: YES! Everyone on this planet is toxic to a certain degree.

In today’s world you simply can’t escape toxic heavy metals and poisonous chemicals. They are in the food we eat, the air we breathe, the water we drink and the cosmetics we put on our skin.

The fact that we are all toxic has been proven by countless research. Newborn babies are toxic, people in such remote and “clean” areas as the Arctic are toxic and even animals and wild life are toxic. But don’t take our word for it! We have assembled the most relevant research below so you can check for yourself. 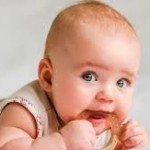 The research was a real eye-opener as it showed convincingly that newborns tested positive for hundreds of different toxins. Specifically, the blood tests showed that these newborns had an average of 287 toxins in their bodies, 180 of these are known carcinogens [cancer causing substances]. All these had been passed on from the mother to the baby. In particular Phthalates, one of them most omnipresent groups of chemicals and mainly used in PVC were found in most of the tested babies. This particular group of toxins can be particularly damaging to the male reproductive tract, and are toxic to reproduction.

Do you want to protect yourself? HMD™ does not only eliminate heavy metals, initial trials have shown that it also chelates [binds & eliminates] Phthalates and other chemicals.

TOXINS ON THE NORTH POLE:

You may think that toxins are only a problem in the industrialized world and that people in more remote and cleaner areas of the globe are protected. Think again! Research published in “The Science of the Total Environment” shows that pregnant women in the remote Disko Bay area in Greenland were also highly toxic. The study,  “Organochlorines and heavy metals in pregnant women from the Disko Bay area in Greenland” showed high concentrations of heavy metals such as mercury, selenium and cadmium in their blood and fatty tissue. This is attributed in particular to their high consumption of the meat and blubber of marine mammals.

In another article entitled “Human health implications of environmental contaminants in Arctic Canada: a review” researchers also found high toxin concentration in the blood of the Intuit Eskimos.

Similar studies have shown that high levels of toxic chemicals in their environment are killing wildlife in the arctic. Research revealed that several arctic mammal and bird species are suffering from immune suppression, hormone disturbances and altered behavior due to their toxic environment.

The WWF [World Wildlife Fund] published further research to this effect. In the 1960’s marine mammals were contaminated with only five organochlorines [organic compound with at least one chlorine atom that has severe health effects] as well as mercury. Today over 265 organic pollutants and 50 inorganic chemicals have been found in these species.

If even dolphins are more toxic than ever before – chances are humans are too! 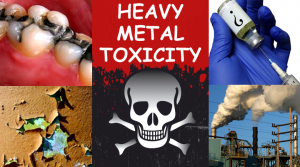 “Causes for Concern – Chemicals and Wildlife”

Another fascinating by the WWF explored whether there was any relationship between the types and levels of contamination found in three generations of families. A total of 33 volunteers from seven UK

Families were tested. The study revealed interesting results. Not only were all volunteers highly toxic, the children were more toxic than their parents and grandparents! The younger generation was more contaminated by higher numbers and levels of certain “newer” chemicals than their parents or even their grandparents, despite being exposed to these chemicals for only a fraction of the time. How scary is that?!

NO SAFE LEVELS FOR TOXINS

Toxicologists studying chemical toxicity usually have a reference range of values, which indicate the “safe levels” of these chemicals. However new research is showing that even low-dose exposure is accumulative over time and can lead to severe health effects. Especially children can suffer with decreased performance in areas of motor function and memory after being exposed to low levels of toxins over an extended period of time. Similarly, disruption of attention, fine motor function and verbal memory was also found in adults after prolonged exposure to low mercury levels. Recently heavy metal mediated toxicity has been linked to diseases like Alzheimer’s, Parkinson’s, Autism, Lupus, Amyotrophic lateral sclerosis, etc.

For more information on toxins and their impact on our health please also see  ‘Curing the Incurable with Holistic Medicine‘. This 600 page eBook written by the inventor of HMD™, Dr Georgiou, contains valuable information on the development and treatment of disease, and shows how even chronic ‘incurable’ diseases can be cured using holistic principles. A useful handbook for Natural Practitioners, with over 750 scientific references. It also includes detoxification tips for the layperson, regarding optimal nutrition and detox cleanses; along with many other related therapies and insights.