As you probably remember from my introduction, one of the health challenges that I was facing many years ago was Candida, also known as Systemic Candidiasis;  systemic means ‘all the body.’ It took me over 11 years to finally rid myself of Candida, after pursuing many different therapies from experts who had written books on the subject. I will share with you the secrets that I discovered while formulating the DaVinci Candida Protocol – which has now been published in peer-reviewed journals.[1], [2] 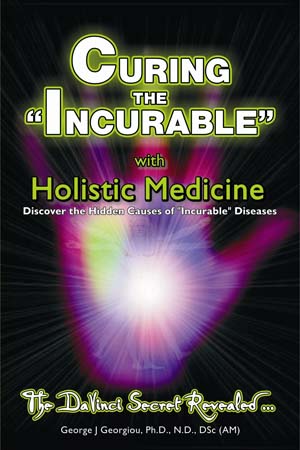 While rapaciously reading the literature on Candida, as well as attending lectures, I discovered that many practitioners were trying to kill off the pathogenic, mycelial form of Candida using natural substances, without making any attempt to convert the pleomorphic, pathogenic Candida back to the normal, budding form. It is also critically important to change the internal milieu[3]using the detoxification protocols that were mentioned in Chapter 4 – this is another deficit of many Candida protocols out there.

Candida is a real scourge of the 21st century, fuelled by a toxic body and an abuse of antibiotics and sugar-laden products. The prevalence of Candida in the general population is difficult to determine as there are no epidemiological studies that I am aware of, but generally I am picking up about 25% – 30% of my patients who fit the picture of systemic Candidiasis. People suffering chronic diseases are more likely to have Candida, both related to the imbalance of their internal mileau, but also the number of drugs that they have been treated with – I would go as far as to say that all patients with cancer have systemic Candidiasis.

Indeed, one Italian oncologist, Dr. Tullio Simoncini, has gone as far as to say that “cancer is Candida.”

There have been a number of other books written on systemic Candidiasis which have been considered as classics as they set the path for thinking about this systemic disease with so many symptoms that the diagnosis is often confusing – it was termed by Dr. Truss as “The Missing Diagnosis”.[4],[5],[6],[7]

Traditionally, fungi are considered plants, but they contain no chlorophyll and cannot make their own food. Fungi tend to inhabit cool to tropical climates and are found in the air we breathe as well as in moist and shady soil, water, manure, dead leaves, fruit, leftover food and a wide variety of places and circumstances.

Candida albicans is a yeast that lives in the mouth, throat, intestines and genito-urinary tract of most humans, and is usually considered to be a normal part of the bowel flora (the organisms that coexist with us in our lower digestive tract). It is actually a member of a broader classification of organisms known as ‘fungi.’ Candida are unicellular yeasts, somewhat larger than bacteria. They divide mostly asexually, can switch between a yeast and a pseudohyphal or hyphal form, and, like other yeasts, flourish in habitats where there is an abundance of sugar.

The normal budding forms can be cultured from faeces in up to 80% of healthy adults.[8] Candida numbers increase significantly following antibacterial therapy,[9] but seem to be unaffected by a refined carbohydrate diet.[10] It seems likely that intestinal Candida numbers are regulated in a similar way to intestinal bacteria.[11]

There are 81 different types of Candida species such as C. albicans, C. glabrata, krusei, lusitaniae, parapsilosis, tropicalis and more. Candida albicans and C. glabrata are the two most common Candida species that cause systemic Candidiasis in humans but the other species may also be responsible.

C. albicans is a diploid organism which has eight sets of chromosome pairs. Interestingly, Candida is one of the few microorganisms that has a diploid gene controlling the same protein – this means that it is capable of pleomorphic activity: being able to mutate forms from the budding form to the mycelial (fungal), pathogenic form. Its genome size is about 16 Mb (haploid) – about 30% greater than S. cerevisiae (baker’s yeast).

The pathogenesis of disease associated with Candida in humans is driven by host factors. Some strains of Candida produce gliotoxin, which may impair neutrophil function.[12] However, Candida is a polyantigenic organism contain­ing up to 178 different antigens,[13] which might explain the number of cross-reactions to yeasts (Malassezia, bread/brewers yeast) moulds[14] and even human tissue.[15]

It was shown recently that there is a potential cross reactivity with gluten because of several amino acid sequences that are highly homologous to alpha-gliadin and gamma-gliadin. Such a mechanism might lead to wheat intolerance with its accompanying symptoms, and even trigger Coeliac disease in genetically susceptible people.[16] Furthermore, a placebo-controlled crossover study has revealed that dietary yeast may affect the activity of Crohn’s disease.[17]

Candida produces alcohol and contains glycoproteins, which have the potential to stimulate mast cells to release histamine, and apparent­ly prostaglan­din (PGE2) –inflammatory substances which could cause IBS-like symptoms.[18],[19] Other circumstantial evidence supports the theory of yeasts as a trigger for IBS: Secretory immunoglobulin A (SIgA) is front line in the defence of mucous membranes, especially in the intestine where it is active against infectious agents and certain antigens.[20] At least three different Candida species are able to produce proteases which can degrade: IgA1, IgA2 and SigA.[21] This protease activity can induce polyclonal B-cell response and inflammation. An infection of the intestinal mucosa with Candida might lead to an inactivating of SigA, and inflammation within subgroups of patients with IBS symptoms.

Candida is sensitive to a number of antifungal agents, such as nystatin, which is not absorbed from the gastrointestinal tract after oral administration. It destroys Candida by binding to sterols in the cell membrane, and thereby increasing permeability with loss of cellular contents.

The problem begins when the normal, budding Candida species that we have in our gut – which 90% of babies are born with – actually change forms to the mycelial or hyphae form, which is pathogenic or disease-causing. This only happens when the internal mileau of the gut and other tissues becomes more acidic, either through taking a variety of drugs such as antibiotics – that wipe out the friendly flora of the gut – or through eating very acidic foods such as sugar and other refined products.

It appears that this change in pH can trigger genes in the Candida to begin a pleomorphic change into a stealth organism that is very virulent – if fed with sugar, it can increase itself from 1 to 100 cells in 24 hours. These 100 cells can then produce 100 each in the next 24 hours, and so on. And so by the 4th day we will have 100 million Candida cells – this is really exponential, explosive growth!

This is only a small part of this chapter – order and read the complete book NOW![/vc_column_text][/vc_column][/vc_row]