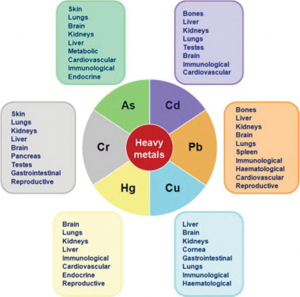 We Are All Toxic!

There is not a person on this earth that does not have some hazardous chemicals in their tissues; exposure to them has been linked to several cancers and to a broad range of reproductive problems, including birth defects – the health effects of toxic metals in humans is very detrimental. The increasing incidence of some of these conditions, and our continued exposure to a cocktail of these chemicals, is alarming .

On of the patterns being observed in developed countries is the increase in chronic diseases associated with environmental factors: indeed, a quarter of all diseases have been attributed to environmental causes, and there can be little doubt that exposure to hazardous chemicals is one of them. Hormone (or endocrine) disrupting chemicals in particular pose a high risk to human welfare and are likely to be causing widespread harm.

For example, the health effects of toxic metals in humans have been linked with:

In addition, some chemicals may play a role in certain diseases such as breast and testicular cancer.

Global chemical production has escalated from around one million tonnes a year in 1930 to some 400 million tonnes in 2000. By the end of the 1990s, some 100,000 chemicals had been registered in the EU, of which 30,000 have annual production volumes above one tonne.

The health effects of toxic metals in humans can affect human biology in numerous ways. Many are carcinogens, others can cause birth defects, and still others can disrupt the hormone system. These chemicals, on the market today, can be found in everything from pesticides, paints and industrial detergents to cosmetics, furniture and hair dyes. Many of these xenobiotics were present in the September 9-11 calamity, as well as some of the other wars in the Middle East – polycyclic aromatic hydrocarbons (PAHs), polychlorinated biphenyls, polychlorinated dibenzodioxins, polychlorinated dibenzofurans, pesticides, phthalate esters, brominated diphenyl ethers, and other hydrocarbons.

Some accumulate over time and contaminate our water, soil and food, and some are transported long distances on air and ocean currents, so that they contaminate people living in remote areas as far away as the Arctic. Regulations have not kept up with the scale of chemical production. Most chemicals on the market and in everyday use have never been adequately assessed for their human and environmental safety. Of particular concern to World Wildelife Fund (WWF) are chemicals that are very persistent and bioaccumulative, and those that are capable of disrupting the normal functioning of the hormone (or endocrine) system.

Our bodies build up over time very persistent and bioaccumulative xenobiotics – most of these will last many years and probably be one of the main causes of our mortality.  It is probably a good idea to begin phasing these chemicals out NOW before they kill our grandchildren and great grandchildren! 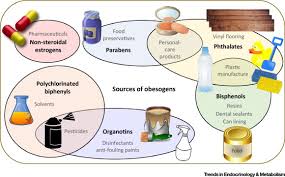 Previous studies have found that exposure to phthalates—found in cosmetics, shampoos, soaps, lotions, lubricants, paint, pesticides, plastics and in the coating of some timed-release medicines – may be associated with reproductive problems. More than 75 percent of the United States population is thought to have measurable levels of several phthalates in their urine.

Researchers of the current study decided to investigate the effect of this class of chemicals on obesity after noting that low testosterone appears to cause increased abdominal fat and pre-diabetes in men. Consequently, if phthalates cause a decrease in testosterone, they theorized, then it could also play a role in weight gain and insulin resistance. The scientists analyzed urine, blood samples and other data from subjects participating in the National Health and Nutrition Examination Survey, a large, multi-ethnic, cross-sectional sampling of the U.S. population conducted routinely by the Centers for Disease Control and Prevention.

After adjusting for confounding factors, the researchers discovered that there was a definite link between levels of several phthalate metabolites and abdominal obesity. Men who had the highest phthalate levels in their urine had more belly fat and a greater prevalence of insulin resistance compared to subjects with lower levels.

This is why it is important to detoxify on a regular basis, clean our liver and gallbladder as well as help to remove these phthalates and other xenobiotics or foreign chemicals – taking HMD can help this process – see www.detoxmetals.com

Children are exposed to more toxic chemicals in food, air and water than adults because relative to their size, they breathe twice as much air, eat three to four times more food, and drink as much as seven times more water. There is increasing scientific evidence that children face much higher cancer risks from exposure to environmental contaminants than adults.

Only last year, a US study showed that neonate cord blood contained an average of 287 chemicals, of which 180 of these were carcinogens. A similar study in neonates in the Inuit Eskimos living in the North Pole also showed arsenic, lead, mercury and organochlorine pesticides such as DDT which has been banned in the Western world for more than 20 years. This is why the statement “we are all toxic” can no longer be refuted.

Given this level of toxicity from the womb, it should be no surprise that there is a rise in  childhood cancers, such as brain cancer, as well as in cancers such as non-Hodgkin’s lymphoma and multiple myeloma among adults. The risk of non-Hodgkin’s lymphoma has been linked to industrial chemicals used in dark hair dyes and the incidence of this disease was seven times greater in children whose parents frequently used home pesticides.

There is evidence that children’s exposure to some man-made chemicals, especially PCBs, can affect their neurological development and mental ability. Xenobiotics commonly present in women, which are passed on to the developing foetus, can affect the behaviour and mental development of their children, particularly in early childhood. However, these effects may persist to such an extent that impaired reading ability and reduced IQs have still been found in American children aged 11. Man-made chemicals are also suspected of contributing to learning disabilities, including attention deficit hyperactivity disorder (ADHD) and autism.

There are natural products that you and your loved ones can take in order to help eliminate these toxic chemicals and heavy metals from the body.

This unique formula is the result of 3 years of scientific research and is a 100% natural heavy metal product.

It has been on the market for over 10 years.  One bottle contains a one-month supply at the full adult dose of 45 drops, 3 times a day. We usually recommend taking for 3 months, with the addition of our LAVAGE and CHLORELLA to ensure optimum results.

We advise following this program for a minimum of 90 days. Please note that people with very high levels of toxicity may need to detox a few months longer. Each bottle is sufficient for about a month.

While following our Ultimate Detox Diet we recommend adults drink at least 8-10 large glasses of pure water or herbal tea a day. Children should also be encouraged to drink as much water as they can manage, relative to the adult dose.

If you want to further enhance your detox and cleanse your liver we also recommend you limit your alcohol intake.

If you want to further enhance your detox and cleanse your liver we also recommend you follow the ULTIMATE DETOX DIET and our ULTIMATE DETOX PROGRAM. 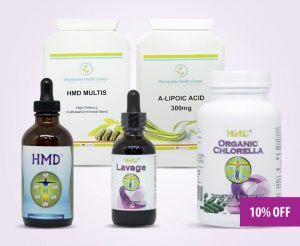 Mercury Detox Scientists around the world have shown how high levels of mercury toxicity is directly related to illnesses like... read more 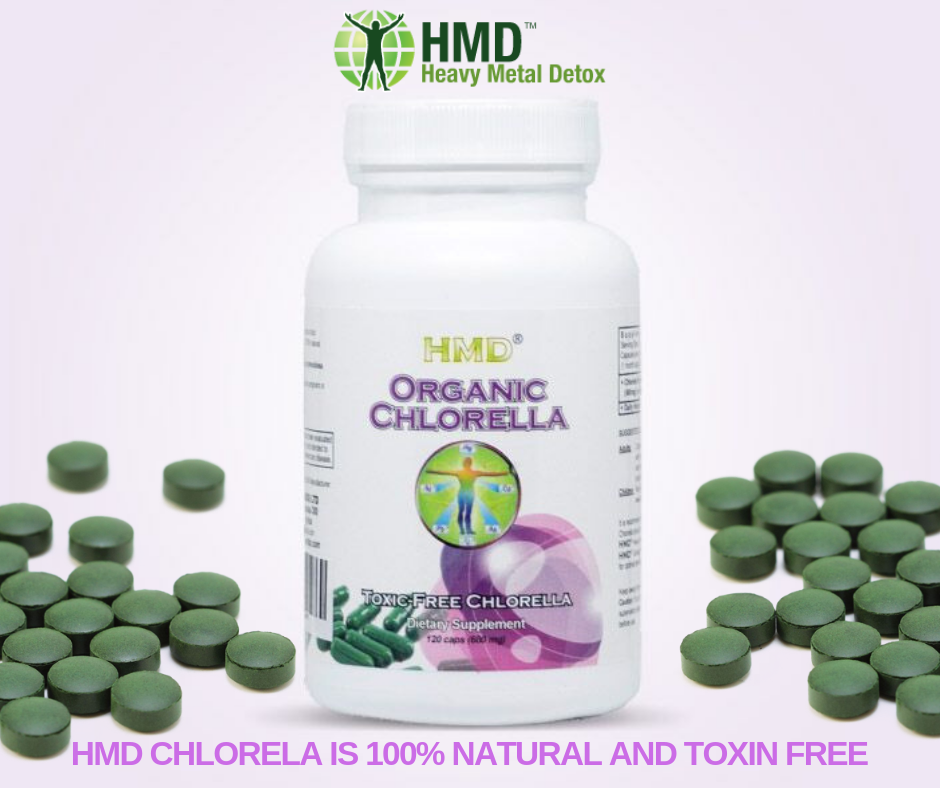 Health Benefits of Chlorella What is Chlorella? Chlorella is a green unicellular microalgae and is a cousin of spirulina, with many... read more 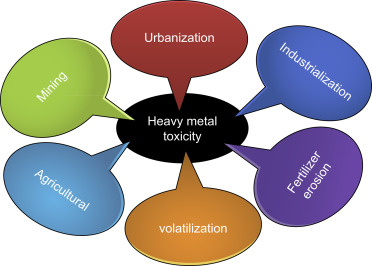 Eliminating the Sources of Heavy Metals 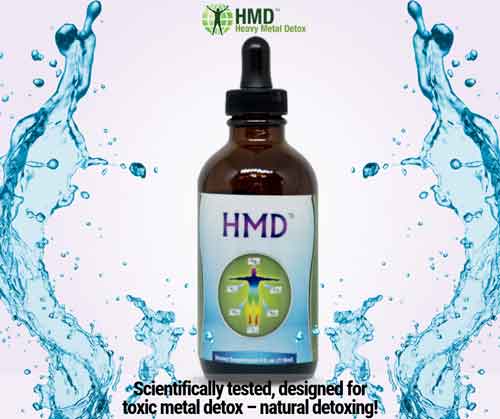 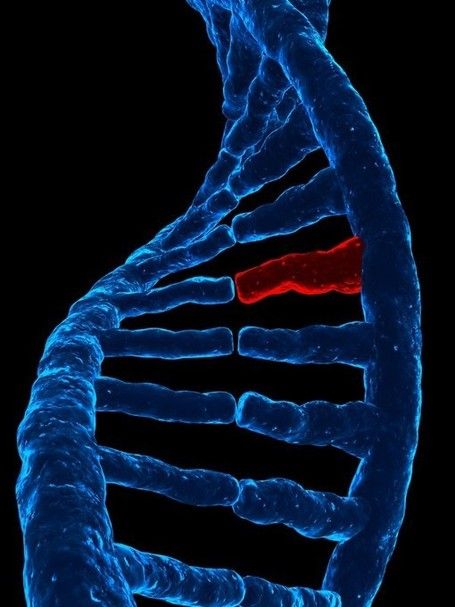 Expression of Genes Involved in Stress, Toxicity, Inflammation, and Autoimmunity in Relation to Cadmium, Mercury, and Lead in Human Blood: A Pilot Study

Monastero RN1,2, Vacchi-Suzzi C3,4, Marsit C5, Demple B6,7, Meliker JR8,9. Abstract There is growing evidence of immunotoxicity related to exposure to toxic trace metals, and an examination of... read more 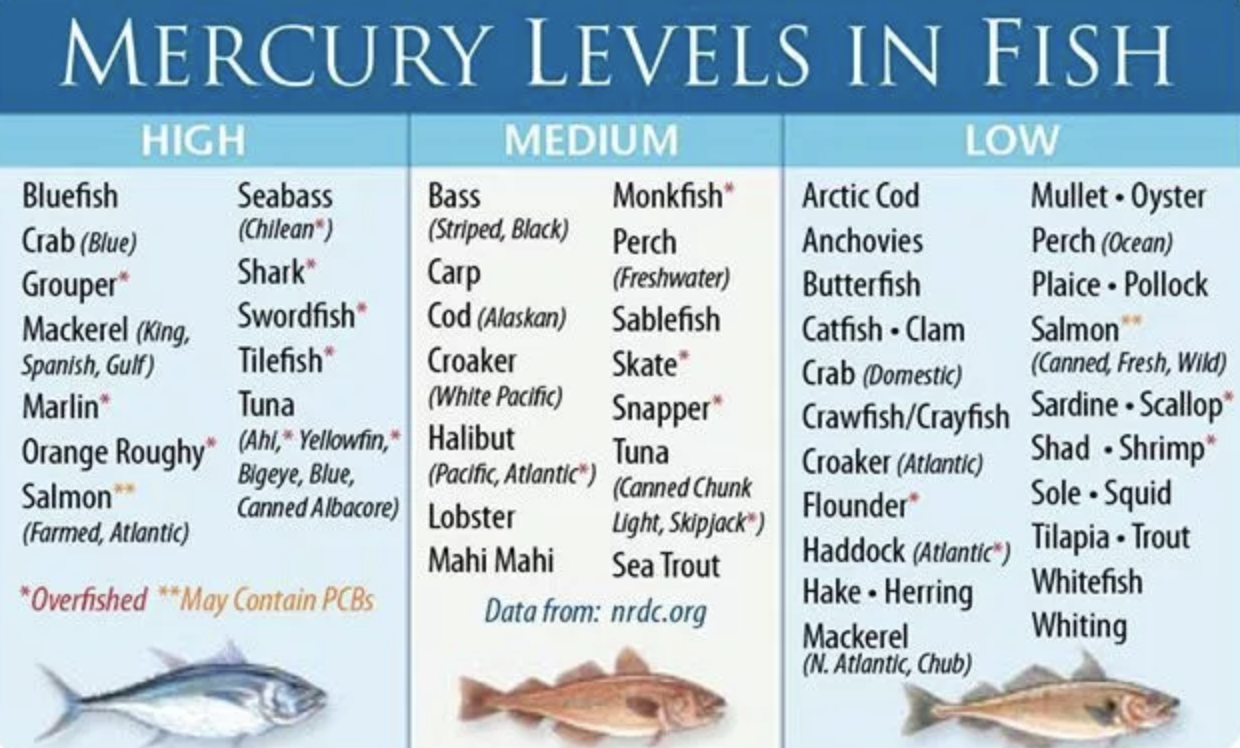 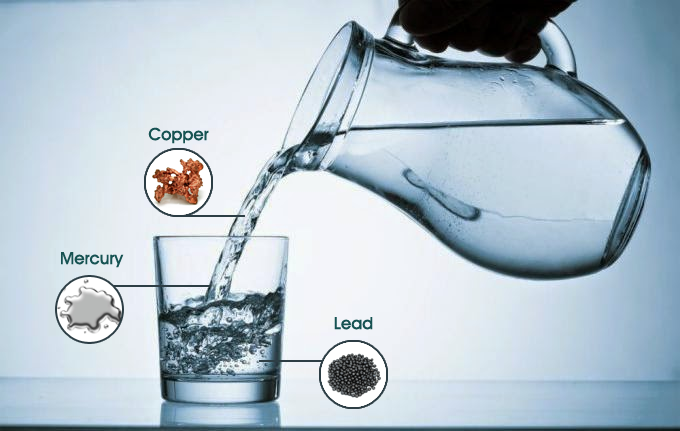 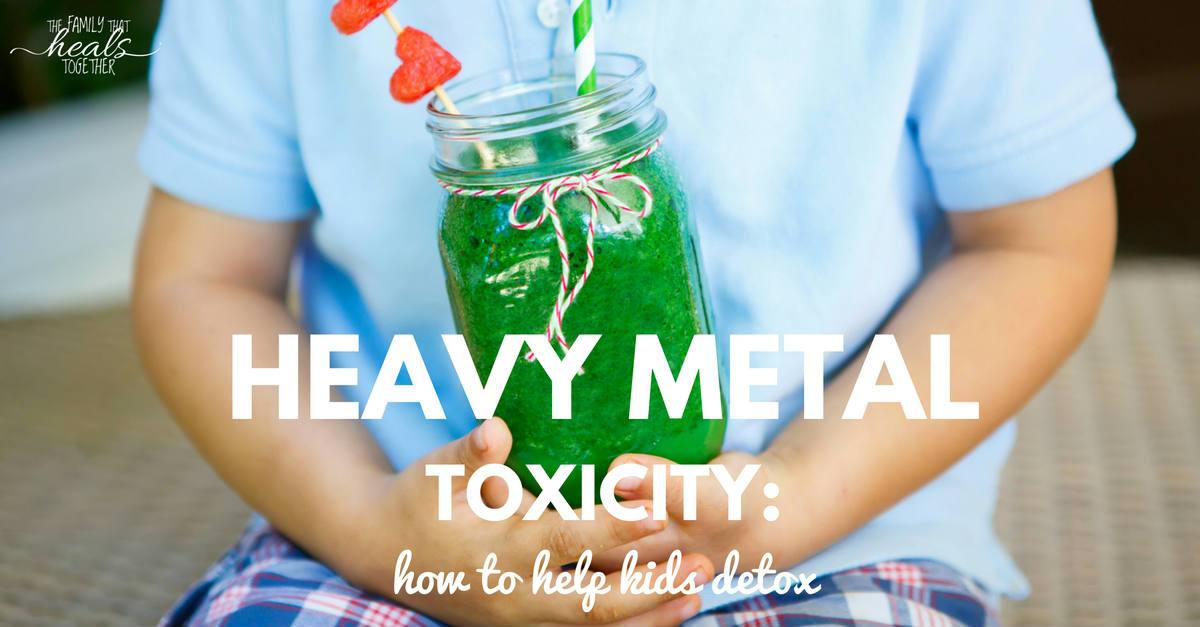 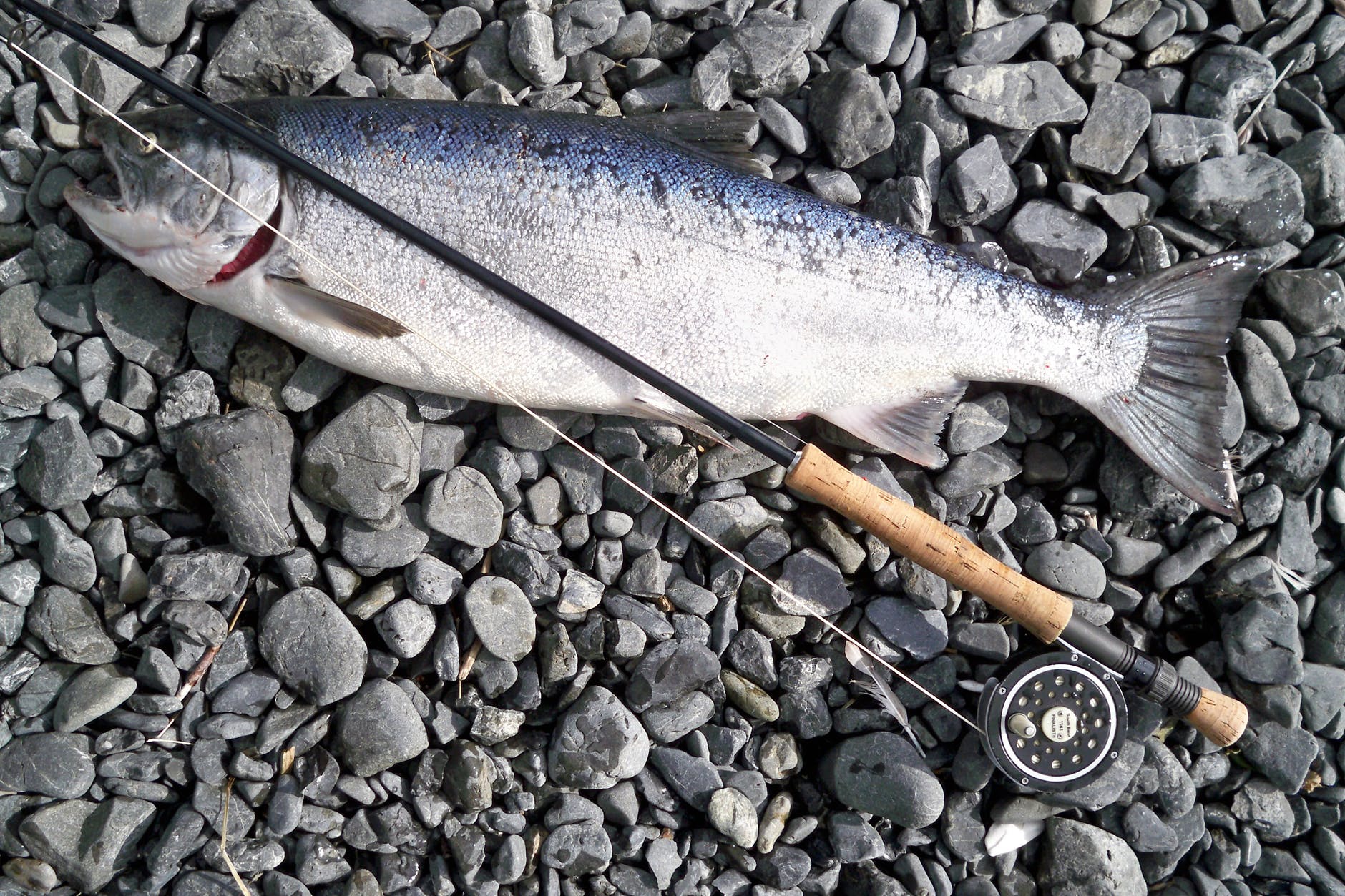