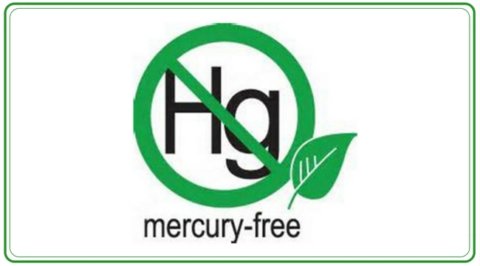 REMOVING MERCURY FROM THE BODY 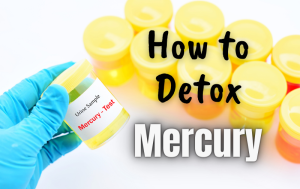 One of the best ways to remove mercury from your body and brain is to use a natural chelator that has been scientifically tried and tested for many years.

Mercury is one of the most toxic metals on the planet and imposes an increasing health risk for millions of people – mercury is highly neurotoxic attacking the nervous system.

Symptoms that may appear from mercury exposure will vary and depend on the type of mercury, the dose, the age at which the person is exposed with the foetus in the womb being the most susceptible, the duration of exposure, and the route of exposure.

As we have mentioned, foetuses are most susceptible to developmental effects as a result of mercury exposure through the mother. Methylmercury can be a problem from the mother’s consumption of fish and shellfish, as it can directly affect the baby’s developing brain and nervous system. Mercury can also affect cognitive thinking, memory, attention, language, and fine motor and visual spatial skills, even while still in the mother’s womb.

People in certain countries such as Brazil, Canada, China, Columbia and Greenland who tend to eat a lot of large fish which is high in mercury will have more exposure than other populations. Mild mental retardation in children born to the mothers eating large quantities of toxic fish is high in these subsistence fishing populations, between 1.5/1000 and 17/1000 children showing some type of cognitive impairment.

This occurred between 1932 and 1968 in Minamata, Japan. A factory discharged acetic acid waste full of methylmercury into Minamata Bay which provided the livelihood for local fishermen and residents in the area.

We have already mentioned that most forms of mercury are neurotoxins, meaning that it attacks the central and peripheral nervous systems. Symptoms could include tremors, insomnia, memory loss, neuromuscular effects, headaches and cognitive and motor dysfunction.

Is there a Solution to Eliminating Mercury from the Body?

Many people ask whether it is possible to detoxify mercury from the body. I also asked this question many years ago when I became mercury toxic after removing over a dozen amalgam fillings in less than a couple of months, without taking the necessary precautions and a chelation protocol.

I was told erroneously by the holistic dentist that I was seeing at the time that chlorella was enough to detoxify mercury from the body. However, as I later found out from my research, this was not the case. So, I sat there and removed a number of large amalgams, while being polluted by the methylmercury that I was breathing in from the dentists drill hitting the amalgams.

It took me many years to recover from this mercury poisoning and even though I visited many health practitioners around the world, no one really had a clear-cut answer to the best way of removing mercury from the body – there was no natural mercury detox that anyone knew of.

My main symptoms that we burdensome were short-term memory loss, stammering while looking for words, mental blocks, I had loss the eidetic memory (photographic memory) gift that I had taken for granted for so many years, and really was struggling with multitasking and learning new material which was once very easy for me. I also had digestive problems, chronic fatigue, and began to gain weight. I was not very functional at work or home and this lasted for 11 years before I could find a solution.

I was given an opportunity to research and discover a natural heavy metal detox supplement which is now called HMD (Heavy Metal Detox).

Over a 3-year period and hundreds of tests in a metal foundry in Russia, I was trying to discover a natural heavy metal chelator that could remove not only mercury but many other heavy metals too. I had tried many different natural products that the literature purported to chelate heavy metals, but success was slow as even at 3 years not much was found.

Then a day before traveling back to the metal foundry for more tests, in my dream I saw the 3 bottles that I had on my laboratory bench doing a “merry-go-round” – they were all dancing together in unison. Up to this point I was going to test each of these natural products individually, and it had not occurred to me to mix them all together.

So, I woke up and rushed down to the lab and mixed all the 3 natural products together to form a compound so that I could run more tests on this. As it transpired, this compound upon testing showed that it was capable of detoxifying most of the heavy metals that we tested, including mercury. A natural mercury chelator was born that could also remove many other heavy metals.

Sixteen years later, to this day, I still believe that the dream was Divine Providence, not flute of luck – the universal consciousness was trying to send me a message as I was truly motivated to help humanity from the detrimental effects of heavy metals. I guess my driving force was the fact that I suffered greatly for more than a decade with heavy metal poisoning that resulted in myself being incapacited.

After 16-years of use by many people and practitioners, I am pleased to say that the heavy metal detox protocol that I have developed is now available to all ages and cultures and truly works after proving scientifically in double-blind, placebo-controlled trials.

As I have already mentioned, in my dream I saw three bottles dancing together – this compound became the HMD which is now sold worldwide. HMD consists of 3 natural ingredients:

What was interesting, was that even though I tested each of these ingredients independently, none of them worked on their own. It was only when mixed together in the correct proportions that there was a synergistic effect that resulted in HMD chelating and eliminating many different heavy metals. It really is a unanimous, natural, gentle and safe heavy metal detox supplement.

What Does Dr. Georgiou’s Heavy Metal Detox Protocol Consist of?

This protocol is very simple to use as it consists of 3 separate ingredients as follows – it is sold as the HMD ULTIMATE DETOX PACK:

It is really quite simple to take – here are the adult dosages:

What are the ingredients of this protocol?

During the development research on HMD, we tested the 3 ingredients that it contains individually and found that they did not work on their own.

However, when they are all put together in a special ratio, there was a synergy that created a natural toxic metal detox supplement that is now known as HMD.

The research cost $1 million and 3 years of extensive testing to find the unique HMD formula for eliminating heavy metals naturally from the body.

HMD is a truly natural toxic metal detox supplement: It is a synergistic blend of herbal ingredients such as Chlorella Growth Factor, Coriandrum satvium (Coriander) and a homaccord of Chlorella pyrenoidosa.

Chlorella Growth Factor (CGF) is a steam distillation extract of chlorella pyrenoidosa. Chlorella Pyrenoidosa is a species of freshwater green algae. Chlorella has many health benefits and helps the body to detoxify. In animal studies, it has been shown to remove some toxic metals from the mesenchyme.

Cilantro or Coriandrum sativum is a herb commonly known as coriander. Our Cilantro is a natural tincture made from coriander leaves. It is a vegetable glycerin extract. While cilantro tincture used by itself can actually cause the body to hold on to metals rather than eliminate them, when used in our special synergistic mixture, it has the opposite effect.

The total ingredients include:

HMD™ ORGANIC CHLORELLA (Chlorella pyrenoidosa)  is a microscopic, single-celled plant that grows in fresh water and is about the same size as a human blood cell. It multiplies quickly, with a complete reproductive cycle every 20 hours.

Chlorella is a green alga, drawing its colour from an unusually high amount of chlorophyll (more than any other known plant).

Scientists in the 1960’s realised that it was literally impossible for humans to digest chlorella in its natural state due to its tough cell walls that encapsulate its beneficial nutrients.  The cells in HMD ORGANIC CHLORELLA are therefore cracked to open up the cell and make it digestible (cell decimated).

Chlorella contains an amazing amount of essential nutrients: vitamins, macrominerals, trace minerals, essential fatty acids such as GLA, complete proteins, nucleic acids (RNA and DNA), chlorophyll and a vast spectrum of phytochemicals. Actually, scientists have not yet even named all the nutrients found in Chlorella.

Historically, Chlorella was discovered  in 1890 by the Dutch microbiologist, Dr. Beijerinck – he observed the cells under his microscope.

However, chlorella has has been around for aeons –  for billions of years since the beginning of planet Earth.

There are over 20 species of chlorella including C. vulgaris, C. ellipsoidea, C. saccharophila, C. pyrenoidosa and C. regularis.

Chlorella is well known for its ability to “detox.”

Animal studies indicate that it’s effective at helping remove toxic or heavy metals and other harmful compounds from the body (9, 10, 11).

In animals, algae, including chlorella, has been found to weaken the heavy metal toxicity of the liver, brain and kidneys (12).

Furthermore, chlorella has been shown to help lower the amount of other harmful chemicals that are sometimes found in food.

One of these is dioxin, a hormone disruptor that can contaminate animals in the food supply (14, 15).

To further support and enhance the body cleansing process we have also developed the special drainage remedy called HMD LAVAGE.

HMD LAVAGE has been specially formulated to support the HMD detoxification program. It is a unique, herbal formula that helps to facilitate the drainage of harmful toxins from the body. The word “Lavage” derives from the French for “drainage.” It is taken as a vegetable glycerine tincture that has a very pleasant taste and texture and is liked by all.

Other ingredients include: Deionized water, vegetable glycerin (no alcohol)

All of these 3 products are part of Dr. Georgiou’s Heavy Metal Detox Protocol.

*Disclaimer Notice: Our statements have not been evaluated by the Food and Drug Administration. These products are not intended to diagnose, treat, cure, or prevent any diseases. Prices are subject to change without notice.